"One in 10 butts on the ground are washed into drains and into our waterways and oceans – that's 700 million butts threatening sea-life and birdlife that mistake butts as food."

Did you know that there are approximate 7 billion of cigarette butts are discarded each year? The following case study will discuss about the issue of discarding cigarette butts and how have the problem been resolved.

What are cigarette butts made of ? 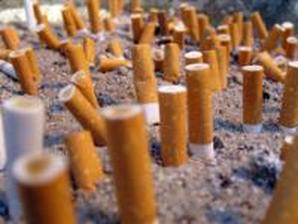 Majority of cigarette butts or filters are made from fibrous material called cellulose acetates, a kind of plastic that are thin tows that are packed tightly to form a filter. The purpose of the filter is to trap toxic substances from the cigarette before it enters the smoker’s lung.


Even tough cigarette butts are supposed to make cigarettes safer, but because different company uses different ingredients it has a different effect. For example in 1950, the substance asbestos was used to make filter, however it was later found out that it’s even harmful than unfiltered cigarettes.Each butt contains the remnants of tobacco, paper and a filter. The residue in the butts contains toxic and soluble chemicals. These chemicals are can cause deadly affects to the environmental pollution.

Where is cigarette butts different from paper

Why do people litter ? 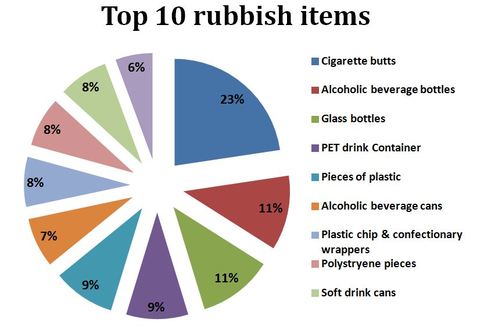 Most common littered items in Victoria in 2013
The Graph on the left shows the most common type of litters in Victoria. Based on the graph, it illustrates that cigarette butts consist the highest percentage of litter in Australia.

From the graph, it shows a pattern of most common litters in Victoria. Most of the littered items are usually food or beverage wrap. The reason for this can be because the they are light and people aren't bothered to look for a bin. This can be a bad affect to the environment.

As for cigarette butts, they make up the highest percentage in the graph. Another common reasons from the smokers are that they think cigarette butts are just like paper, that will eventually end up somewhere being recycled. Sadly, this is not the case.

There could be other possible reasons for littering such as: 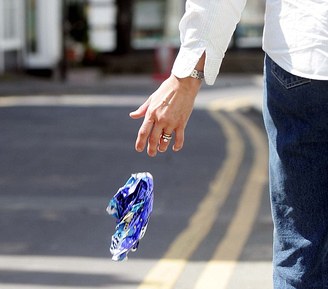 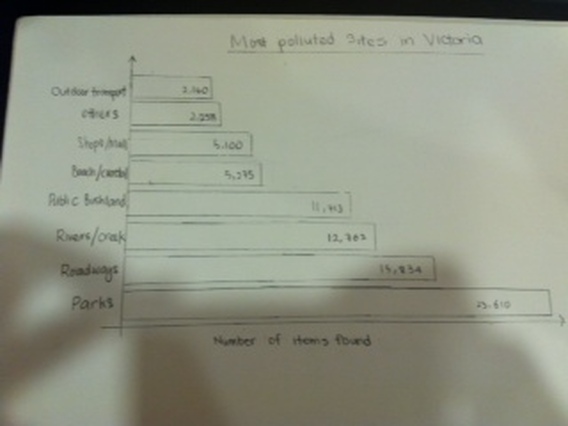 Most polluted sites in 2013
The graph on the left demonstrates the most polluted sites in Victoria. Parks ranked the highest rate with a number of 23,630 of rubbish found around Victoria. This reflected people who went to  the parks aren't bothered of what's happening to to their surroundings. Even tough the number of rubbish was high, but compared to rubbish collected from the campaign "Clean up Australia" in 2012, it had been reduced. The campaign gave an avenue where people are realizing the impact of waste towards their environment.


New laws have been passed in 2006 where there is an increase of fine for littering. This have showed a great improvement not only for cigarette butts but also other items being littered.

In Australia, there is an estimated 8 million litters ended up as marine debris, excluding 7 million littered cigarette butts that'd washed to the ocean. Can you imagine 1/4 of the cigarettes butts was from Victoria? The following case study will discuss about the issue of discarded cigarette butts in Victoria and how has the problem been resolved. 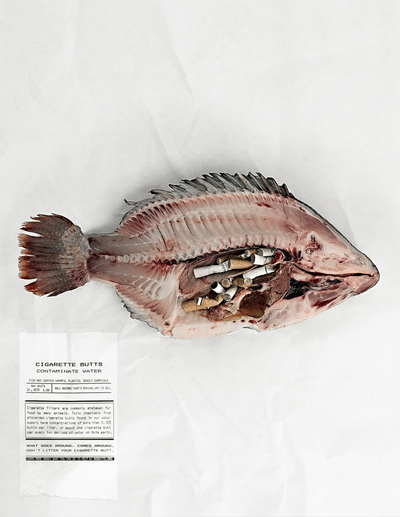 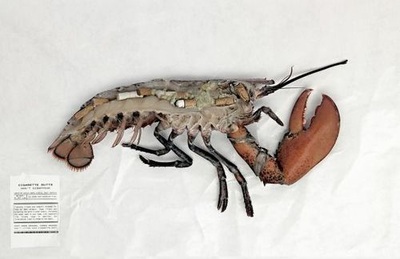 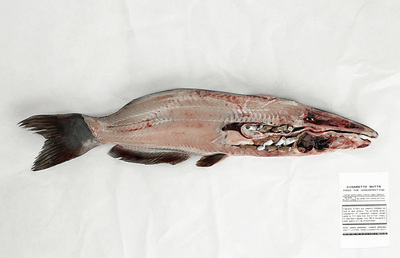 Cigarette butts are small and light. They can be easily blown from different locations to different places or even being washed into the ocean. Cigarette butts make up approximately one third of the billion of litters that find its way into the nation's beaches. For example in Victoria there are around 350,000 butts are washed into Port Phillip Bay each year.

Cigarette butts takes at least 5 years to break down in seawater. Birds and aquatic animals can mistake the butts as food, resulting in serious digestive problems that may lead to death. Butts have been found in the stomachs of young birds, sea turtles and other marine creatures.

Another serious concern is that toxic chemicals such as lead and cadmium, which are trapped in the cigarette filter can leach out in water. Within just one hour of contact with water, the chemicals begin to leach into the aquatic environment and threaten marine life. 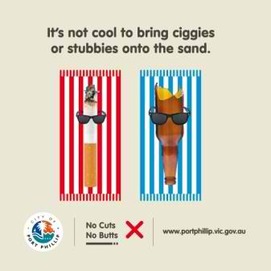 However, after the the Environmental Protection Authority had launched their new campaign "No Butts No Cuts" during summer in 2010. It has showed improvement as people have started to gain awareness of the impacts caused.

The "No butts No cuts" campaign involves tourists or citizen to make reports when they see people litter. They can either take images of people littering or tell the volunteers who are on duty to give them warning. As time goes by, the amount of cigarette butts found on sand each morning by the cleaners are lesser compared to few years back.

In 2012, the campaign have improved their sufficiency as they made a new mobile site that allows Victorians to report litter using any smartphones or mobile device when they see a person litters.

Smoking is already affecting the quality of air and environment in Victoria, but have you ever thought about how the cigarette butts are also affecting our environment too ? According to research done by Clean Up Australia, 7% of these bush fires in Victoria have started from unlit cigarette butts. Victorians should be more careful as their careless act can cause loss of life and properties.

Below is an example of bush fire caused by unlit cigarette butts : 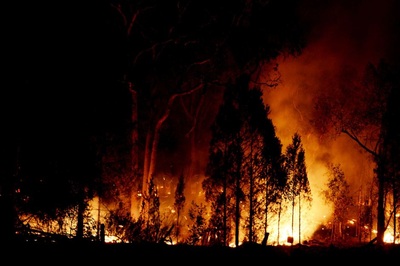 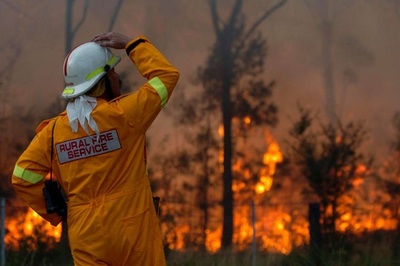 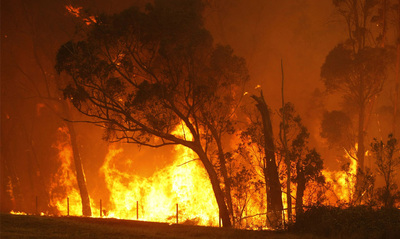 Black Friday was one of the tragic event happened in 2010 when Mr. Brendan Sokaluk have accidentally flicked his lit cigarette butt on the ground near Churchchill. This incident have caused 10 innocent people to paid their life because of Mr. Sokaluk careless act.

How have it been resolved?

Litter reduction depends not only on litter enforcement but also on simple actions that each of us can do to minimize the impact caused by cigarette butts on the environment. Most importantly, each of us should be responsible for the wastes we have created. 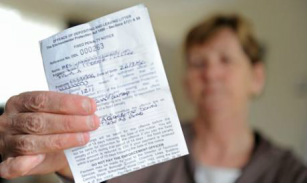 After the Law was introduced in 2006, Victoria's cigarette litter problem has been decreasing each year as the graph show in  CIGARETTE BUTTS IN VICTORIA. 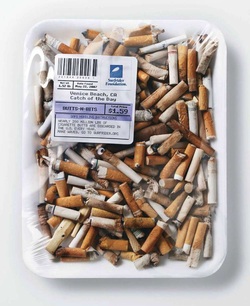 Besides passing new laws, Victoria has also been increasing the amount of cigarette butts bin being provided. Now, there are more than  200 cigarette butt bins within the central city. This have encourage the smokers to litter their cigarette butts into the bin instead of the ground.

The focus of this campaign is they encourages Victorians to report litter using any smartphone or mobile device to  make a report if they see a person litters.

This campaign hold events such as clean up Victoria or Clean up Beaches to unite Victorian to participate cleaning up. In this way, Australians will realize how much waste they have been generating.